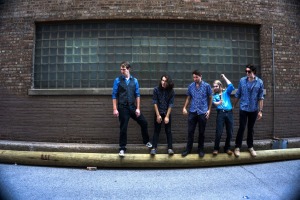 Chicago based Royal Outsiders have released their new single ‘Against Your Soul’.

With a plethora of immense sounding riffs over a big vocal production, this track has an anthemic sound with a resounding chorus that is instantly likeable. As the guitar solo glides over the heavy rhythm, it is one of those songs that makes you want to hear what else the band are capable of and certainly leaves you wishing you could hear a lot more.

Royal Outsiders formed in 2014 from the ashes of The Central Standard and since then have begun to make waves in the Chicago music scene. With their new single, the band are about to make waves a whole lot further afield. The band will be releasing their debut album ‘Neither Here Nor There’ in October so they are definitely ones to keep an eye out for.