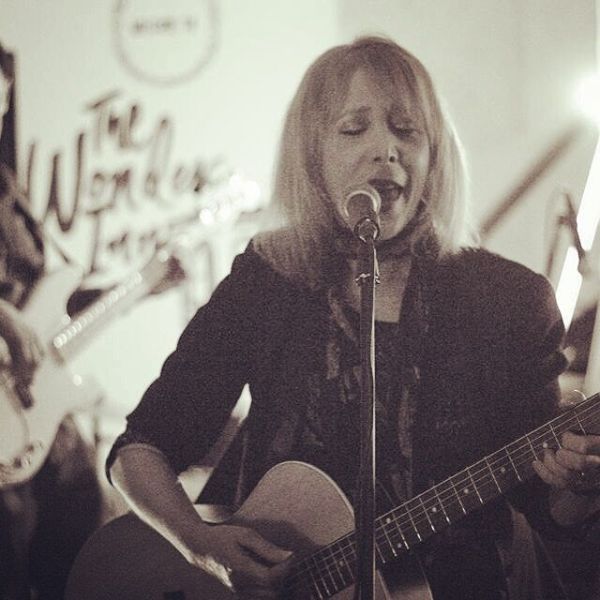 Risa Hall has released her double-A side single ‘Sixth Sense’ and ‘Inconsistently Consistent’, which is taken from the forthcoming album ‘Love is Telepathic’.

Risa, great-niece of Estee Lauder and friend of The New York Dolls, was born in New York City where she attended Forest Hills High, the same school as Simon and Garfunkel and The Ramones, who were friends of both her and her brother. The school was immortalised in The Ramones’s ‘Rock and Roll High’.

Following some time working as an actress and musician in London, Risa now resides in Manchester, England.

After appearing as Frenchy in the Broadway Cast of Grease, touring as Mae in Cat on a Hot Tin Roof, working as a voice over artist and performing in radio plays (Radio 4, Red Dwarf, Emmerdale and Stuart Little 2) Risa was inspired by KT Tunstall and Nerina Pallot to take out her guitar and start writing, tapping into a latent talent for infectious melodies and insightful lyrics.

Risa has earned coveted support slots with Nerina Pallot, Alice Gold, James Apollo and Jess Klein as well as headlining Bury Met and ‘An Intimate Afternoon with Risa Hall’ at BBC Radio Lancashire. She has also appeared on BBC Radio Manchester, BBC Radio Nottingham, All FM, BBC Radio Cornwall and BBC Radio Merseyside as well as Radio Verulam and Vixen 101. In the USA she is regularly played on WPKN.