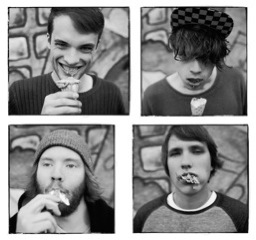 Part pop, part art-rock, part psych-jazz – accessible while still being somewhat insane, 36? hail from Calgary Alberta Canada, and the past year has taken this four piece on a wild ride.

After four solo albums by frontman Taylor Cochrane, 36? released their debut LP ‘where do we go from here?’ as a band in 2014. Shortly after the release 36? won third place in the Peak Performance Project Radio contest showcasing their strength as a band.

With their upcoming EP ‘Tiger Tail’ ready to be released on June 1st, 36? is ramping up for a crazy summer of festivals, and tours. The new single ‘Paperback’ was released 4 May.