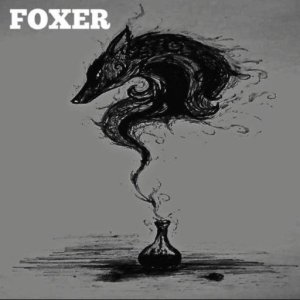 Portsmouth based 4 piece Foxer launched onto the music scene in 2013 and since then the band have been gaining a steady following with both their music and their live performances. Band members Chris, Roy, Sam and Jack not only have a strong work ethic but with their song-writing skills they also bring a fresh approach to rock.

The band released a 4 track self-titled EP in March 2014 which is full of heavy riffs from the outset. Opening track ‘Otherside’ starts with heavy stoner influenced riffs with a soaring guitar prevalent above a sleek rhythm. The vocals of Chris are edgy but with a melodic vibe. The track almost breezes along but there is an undercurrent of heavy and infectious riffs that makes the opening track on the EP a killer sounding tune. ‘Hole’ starts with pounding drums before the dirty sounding riffs kick in and the vocal sound anthemic, with great harmonies in the chorus. With the guitars rising over the entire track it ends with an epic guitar solo.

‘No Shame In Failure’ has a slightly more delicate guitar at the start before the riffs kick in, more of that heavy sounding rhythm with raw and powerful vocals coming to the fore on this track. The riffs echo the chorus before the bass vibrates through the track towards the end and with the sound rising in volume, the band throws everything at this song. Final track ‘The Great Brain Robbery’ is a mixture of styles, massive riffs, with slight influences of alternative rock, the vocals are slightly gentler in the verse before the harmonies unleash their power through the chorus. Their debut EP is certainly an excellent introduction to Foxer as it captures the essence of their live performances well but builds on the strong sound the band have.

Foxer are also a prolific live band, with numerous performances not only the thriving local live scene but also further afield, bringing with it a whole legion of new followers in the process, as the songs sound epic when played live. Support slots this year with Brant Bjork, Goan Dogs and appearances at Proud Camden and Victorious Festival have also helped to raise the profile of the band.

Having just been announced as support for The Weeks at The Joiners in Southampton on Saturday 17th January, along with the new annual Icebreaker Festival in Portsmouth on Saturday 31st January featuring a host of bands from the south coast, 2015 will definitely be the year of the Foxer.

Foxer can be found on Facebook http://www.facebook.com/foxerband and Twitter @FoxerBand. The EP is available on their bandcamp page http://foxer.bandcamp.com/releases and they can also be found on SoundCloud https://soundcloud.com/foxer-decoy

Otherside
Hole
No Shame In Failure
The Great Brain Robbery