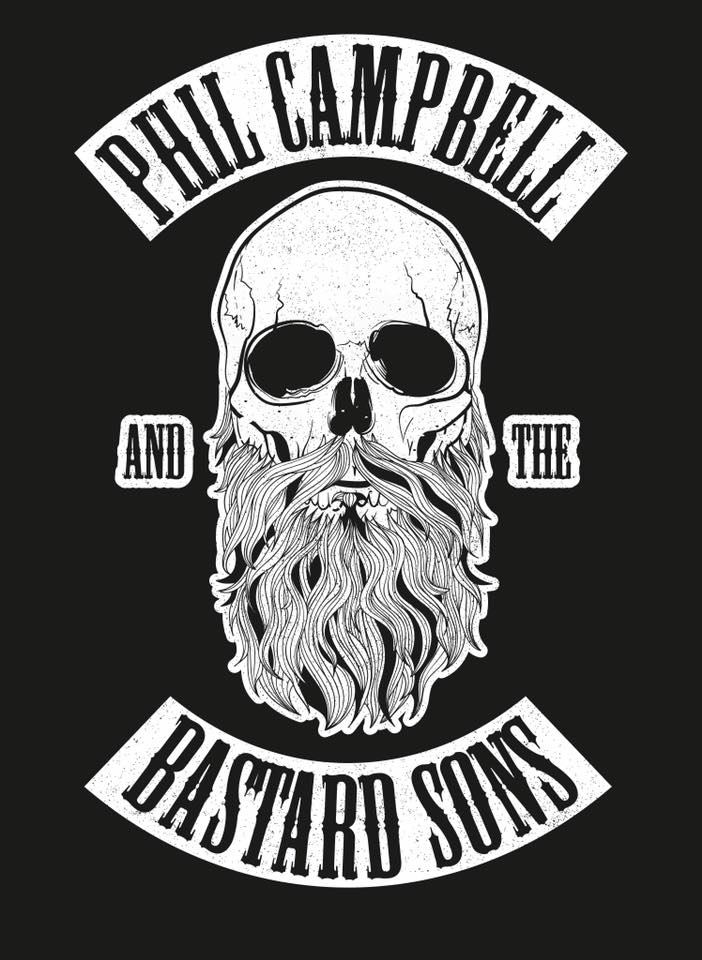 Phil Campbell and the Bastard Sons are about to fly a mighty Welsh-born rock’n’roll flag in your direction!

‘The legendary Motörhead guitarist, Phil Campbell, has teamed up with his sons Todd, Dane and Tyla, plus vocalist Neil Starr, to record their debut self-titled 5-track EP, which will be released by Motörhead Music on November 18th. You can also see their new lyric video for ‘Bigmouth’ below.

Produced by Todd Campbell at their own Stompbox Studios in Wales, UK, and mixed by Motörhead’s producer Cameron Webb, Phil Campbell and the Bastard Sons loudly shoves you head-first into its raw, gritty, classic and instantly-accessible rock’n’roll charms. Whether it’s the speedy biker-charged refrain of ‘No Turning Back’, the crunchy catchy jump of ‘Big Mouth’ or the beautiful, yet bombastic, balladry of ‘Life In Space’, Phil Campbell and the Bastard Sons brings uniquely organic life and verve to every last riff and stomp, with Starr’s sensational vocals ensuring this EP will be the surprise of the 2016 rock’n’roll release calendar.

The band are also extensively touring in Europe and the UK, see them live at:

Pre-orders with an exclusive download of ‘Big Mouth’ will be available from September 30th!