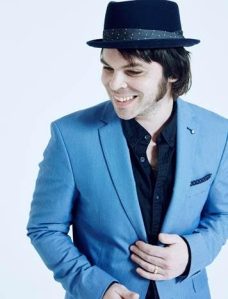 Gaz Coombes has announced a run of solo dates in November and December, taking in 14 different venues across the UK.

Playing tracks from his critically acclaimed solo album ‘Matador’ (“his masterpiece” Q) released in January of this year, these dates present a rare opportunity to catch Gaz solo in intimate settings. They will be preceded by his biggest headline shows to date, with the band, at London’s Forum and Manchester’s Academy 2 in October.

The dates follow the release of Gaz’s most recent single, a stunning re-working of the album’s title track; ‘Matador (Da Capo)’which is available digitally now and includes exclusive live tracks and demos . The accompanying video documents the incredible year Gaz has had ending with his stand out set on The Park Stage at Glastonbury.

Tickets are on sale now and available here: http://www.gazcoombes.com/gigs/