Terrorvision Set To Tour With Thunder 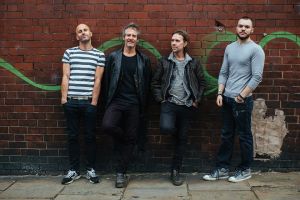 Basically we have been waiting for that moment since the website was formed to somehow mention one of our favourite bands, and so we were rather excited by the news that not only were Thunder going out on tour in 2016, but they were being joined by Terrorvision and King King. Yep you read that right, Terrorvision are back out on the road.

Who could forget the memorable live shows of Terrorvision, who still have the best cover song ever at a gig, 300 tattooed, hairy rock dudes and dudettes bouncing along to a rocked out ‘Keep On Moving’ by 5ive (ok so maybe not all were tattooed or hairy – you get the picture), so the fact they are out on the road after a 3 year hiatus is cause for celebration, and considering the age of some fans, maybe a slight tena moment as well.

Yes we know it is actually Thunder’s tour, but we just really wanted to drop in a Terrorvision track!

The tour dates for this epic event are: