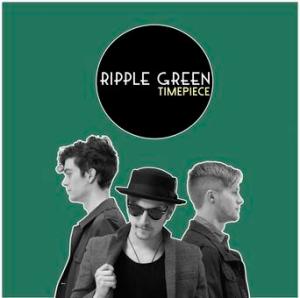 Ripple Green have just released their ‘Timepiece’ EP via Drum And Dice Records.

‘Timepiece’ is a collection of songs that snapshot the 17 years they have known each other and the 11 years of being a band, and is accompanied by their second single ‘Marble Arch’.

For Ripple Green, the ‘Timepiece’ EP marks a step out of adolescence for the band. “Having been friends who have wrote, recorded, and played music for as long as we have, our music has become something of a secret language shared between us,” said bassist Lucas Gillette. “From that this new project was developed with the emotion and recollection that spending half of last year in Europe gave our band.”

Recently, Ripple Green has returned to Oklahoma from their time overseas that included touring, recording, and filming videos inside an English castle (‘Art Collection’) and at Stonehenge (‘Timepiece’). As well as touring throughout the US and the UK, the band has performed at festivals such as South By Southwest, London Folk Festival, and Norman Music Festival. This new project from Ripple Green ties in similarities from Jack White to Portugal. The Man, while adding new developments in the band’s unique sound.

Timepiece EP was recorded partly in England and the rest in Oklahoma with Graham Colton, and features musicians Jenny Hsu and Colby Owens (Other Lives). “ There is a surprising amount of diversity in this musical work for having only four songs but these four songs were picked for that reason,” said guitarist/vocalist Joel Parks. “They feed into a larger picture that is human, which covers mortality, love, defiance and of course the effect of time on any individual.”

Timepiece is available now from their website store or iTunes http://www.ripplegreenmusic.com/store.html