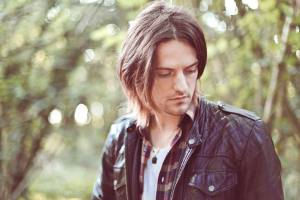 Cameron Davidson was originally the frontman and songwriter for Southampton based 6 Minutes to Sunrise. Gaining support along the way from the BBC via Introducing, as well as local radio, he has now been generating interest as a solo artist. This led to playing with Lonely the Brave, Natives, Man Made, Dolomite Minor, Funeral for a Friend and Nothing but Thieves, as well playing at The Bedford, Proud Camden and The Garage, all in London.

In a scene that can sometimes be difficult to be heard, Cameron Davidson is one of those artists that stands out from many others from the very first listen. A talented multi-instrumentalist as well as a singer-songwriter, he evokes a feeling of depth to his songs that have so far been released, with multi-dimensional layers to the tracks.

On ‘Sundowns And Hurricanes’ there is a slight influence of an indie sound but the song soon gives way to a more alternative and rockier soundscape, with vocals that have an edge to them to add to this excellent track. The slightly older track ‘The Little Things’ has an edgier rock influence, with a pounding backbeat that crashes through the track and could certainly be one of those anthems with the best of them. Cameron Davidson certainly has the talent to breakthrough, with well-crafted songs and is an artist to watch for the future.

Cameron has just finished recording new music, so it worth following him for further updates about when this will be released.