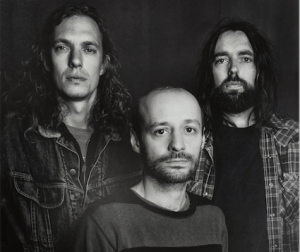 French psychedelic rock band Mars Red Sky are gearing up for a busy summer with a number of European shows planned, a new album and a new video.

The band have released a new video for ‘The Light Beyond’, taken from their album ‘Stranded In Arcadia’ which was released last year.

Mars Red Sky will be taking a break after their European shows to focus on their upcoming full-length album, which will be recorded in their hometown Bordeaux with their friend and producer Gabriel Zander.

A full European and UK tour is to start soon, with a few shows in Italy. This summer, the band will hit renowned festivals such as Dour Festival (Belgium), Motocultor Fest (France), Valkholf Fest (Holland) and Depressive Fest in Moscow. Tour list is as follows: