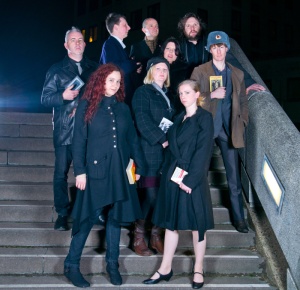 Thee Faction will be releasing their new album ‘Reading, Writing, Revolution: The Tendency of the Rate of Profit to Fall’ worldwide via Soviet Beret Records (CD/DL) on 8 June 2015.

This is Thee Faction’s 5th album since re-appearing (as a result of the discovery of the At Ebbw Vale tapes) in 2010. They would be celebrating their 30th anniversary this year if that wasn’t so spectacularly bourgeois.

The band will also be playing a few festival dates during the summer.

LIVE IN THE UK:

Thee Faction have also released their first single from the album ‘Choose Your Enemy’ as well as a video for the single.