The Goodbooth Have A Sweet Hit With ‘Sour’ 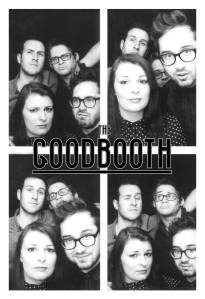 London based 4 piece The Goodbooth have just released their debut single ‘Sour’ which is a delicate track sounding track that has a catchy chorus, as well as delicious vocals and harmonies throughout the song.

Kelly Appleton, Justin Andree, James Burke and John-Robert Price are from the new breed of musicians that are hoping to be part of the resurgence of guitar based music, and with their debut single ‘Sour’, The Goodbooth are on course to be a successful addition to the music scene.

The distinctive and soft vocals of Kelly soar through the verses until the harmonies blend through the chorus. The music has an indie tone to it as well as an alternative sound, but it is also full of melodic guitar hooks and an impressive rhythm section, which makes it one of those songs that stick in your head from the very first listen.

With their strong debut song ‘Sour’, which is both upbeat and memorable, you are going to be hearing a lot more of The Goodbooth in the months to come.