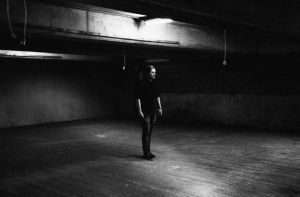 Manchester based Postcards From Jeff have released their new single ‘Modern Language’, which is the title track to be taken from the forthcoming album out 23rd October.

The song has an edgy new wave tone to it, with distorted guitars over a simple but effective hypnotic beat, as it gives rise to a catchy chorus. Although there are comparisons to me made that the song does have a New Order influence to it, this is a song for a new generation .

Conceived in the heart of rural Yorkshire within a recording studio between producer duties for other artists, Joss Worthington (aka Postcards From Jeff) plays, records, and mixes everything himself. The music is heavily textured and cinematic, yet retains the charm of a far more simple stream of consciousness. Underpinned by a Lost In Translation-style isolation or a self-proclaimed “perennial yearning for pastures new and greener grass,” elements of far flung folk, electronica, country, krautrock and pop are seamlessly brought together in a worldlier embrace.