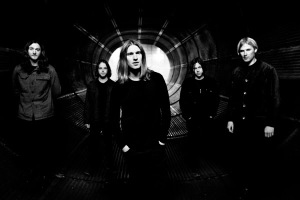 Canterbury’s Broken Hands have unveiled their new single ‘Who Sent You’, taken from their much anticipated debut album ‘Turbulence’, which is due out on October 9th via SO Recordings.

‘Who Sent You’ is a rousing anthem with a sonic soundscape that engulfs the senses. With a pounding rhythm, fuzzy guitars and a soaring melodic chorus, the new single holds the promise of a thrilling debut album. The single is released on 2nd October.

‘Turbulence’, produced by Tom Dalgety (Royal Blood, Turbowolf, Killing Joke) is a completely realised concept from the young band, centring around the limitless possibilities of space exploration and aviation. The lyrical themes are matched perfectly with their huge, soaring festival-ready riffage and spaced-out electronics, as demonstrated on previous single, ‘Meteor’, which hit the playlists of both BBC Radio 6 Music and XFM.

As well as the single and album announcement, the band will be out on the road in October in support of the record: