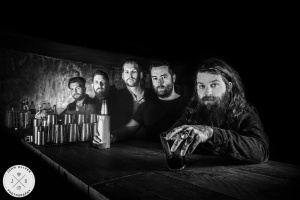 York-based heavy rock’n’roll quintet The Bastard Sons have revealed they will appear alongside Jared James Nichols in a support slot on tour with rock and roll super group Motor Sister on their first ever UK run in January 2016.

“We’re so stoked to be heading out with Motor Sister for their first UK tour!” comments The Bastard Sons drummer Rich Hardy on the dates “It’s no secret that we’re all huge fans of some good old rock n roll, so a band made up of some absolute legends in the rock and metal genre, playing exactly that, is the perfect way to start 2016 for us.”

Tickets are on sale now at: http://www.seetickets.com/artist/motor-sister/1016376