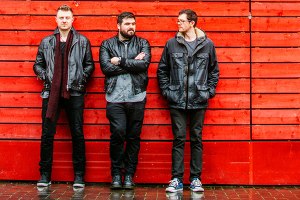 Following on from the release of their debut album ‘MMXV’ a couple of weeks ago which has attracted high praise from the UK rock community including the likes of Rock Sound and Powerplay Magazine, Irish London based trio The Survival Code have announced they will play a series of gigs over the next few weeks.

The shows are the first chance since to hear the new songs from ‘MMXV’ in the flesh since a very successful album launch show at The Barfly last month.

Details of where you can catch The Survival Code are as follows:

The Survival Code also recently released their imaginative video for their most latest single ‘Rat Race’. The new track is a great example of the bands ability to tell a story, with the video capturing the mood of the song in a creative and unique way.

‘MMXV’, the debut album from The Survival Code was released on the 17th July and is available worldwide now. You can grab a copy at the following locations: