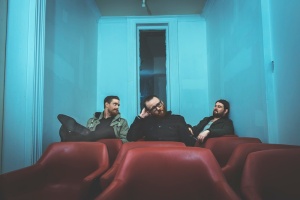 Adelaide punk rock trio Grenadiers are excited to announce they will be touring the country this coming August and September as part of their ‘Grenabeers’ tour.

The tour will see the band serving up their hard- hitting punk rock to audiences in Melbourne, Sydney, Adelaide, Brisbane, Byron Bay, Perth and Bunbury. Having just wrapped up a 20 date national tour with indie stalwarts British India, the boys are sure to be in fine form and guaranteed to deliver their best shows to date.

Grenadiers seemingly came from nowhere earlier this year when they dropped one of the best punk rock albums of the year. Immediately capturing the attention of triple j, the first single and title track ‘Summer’ was added to high-rotation, with the album then going on to secure the highly sought after triple j Feature Album. Since then things have really taken off for the band, scoring the national support for British India, performing at the Clipsal 500 alongside the legendary Cold Chisel, and snagged a spot on Bigsound 2015.

Grenadiers’ album Summer is out now and available both digitally through iTunes and on vinyl.