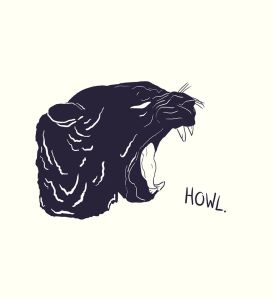 The trio have released 4 tracks which showcases their distinctive style. ‘Jezebel’ with its slower grooves and indie rock influences, the infectious guitar hooks draw you into their sound, whilst the chant-like chorus compliments the fuzzy guitars. The interestingly named ‘I Wear All These Rings So I Can Fight Off The Beasts’ has the song displaying an almost schizophrenic tone as it switches between indie and the bigger sounding riffs of classic rock, whilst ‘Your Fist Tastes Good On My Teeth’ (there may be a slight theme starting here with the song titles) starts with a pounding intro of the drums before the song crashes with a killer guitar that powers behind a dark vocal. ‘What She Won’t Leave Without’ brings the tone back to a more indie vibe again, but it still pulls at the outer edges of rock with plenty of melodic guitars and a heavier rhythm.

King Cabal have produced a collection of songs that refuse to be confined into one genre and a lack of any predetermined formula for one particular sound means it will appeal to a wide range of tastes. This is one EP that is certainly worth listening to.

1. Jezebel
2. I Wear All These Rings So I Can Fight Off The Beasts
3. Your Fist Tastes Good On My Teeth
4. What She Won’t Leave Without