Los and The Deadlines Look To Perfect With EP 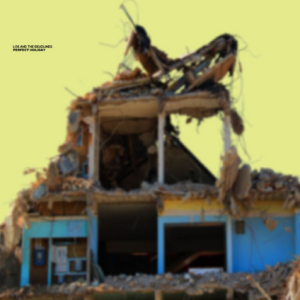 Los and The Deadlines will be releasing their new EP ‘Perfect Holiday’ on 13th July.

The band’s ‘Perfect Holiday’ EP explores the absurdities of Western civilisation by contrasting the reality of an urban, deprecating society and its opposing depiction in the mass media. This incongruence is described not only through tongue in cheek lyrics but also through music where there is an ever present competition between noise and melody through thrashing riffs and thumping rhythms.

Los and the Deadlines will be supporting the release of the EP with live shows throughout the UK and Europe.

Describing themselves as a blue collar band, Los and the Deadlines came into being when Arizona native and lead vocalist Alex LoSardo moved to London in 2010. After being introduced to guitarist Neils Bakx, the two found common ground in their interests and influences and started composing music while studying for their undergraduate degrees.

Los and the Deadlines are:

EP, Los and the Deadlines, Rock