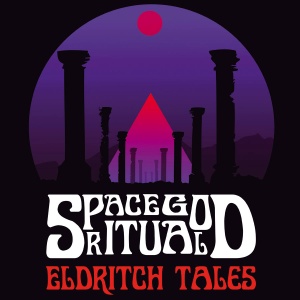 From their inception Space God Ritual has always had one goal: to convey the mysteries and cosmic horror of H.P Lovecraft’s Cthulhu Mythos. In 2011 these bards of the strange began their journey and quickly after forming recorded their first demo: Beyond the Beyond. After a short stint of playing live shows, the members parted only to reconvene a year later and record a second demo: Pay the Price. In 2013 ‘R’lyeh Beckon’s and ‘Eldritch Tales’ were released upon an unsuspecting world.

‘In R’lyeh Beckons’, their first official album, they sent us down into the depths of the sea to witness the horror of the dreaming city and its corrupted denizens. ‘In Eldritch Tales’, their sophomore effort, they took us on a journey through dark countries teaming with cyclopean horrors.

Presently, these scholars of the strange watch and wait; reading the ancient books and the philosophies no man was ever meant to decipher. Who knows what horror these mad bards will weave next; when the stars are right and dark inspiration strikes!

Limited to just 166 copies each of either a purple haze hand numbered version or black versions, both can be ordered from Kozmik Artifactz:
http://shop.bilocationrecords.com/navi.php?suchausdruck=space+go+eldritch

A download version is also available from Space God Ritual’s bandcamp page, along with the limited edition vinyl https://spacegodritual.bandcamp.com/album/eldritch-tales