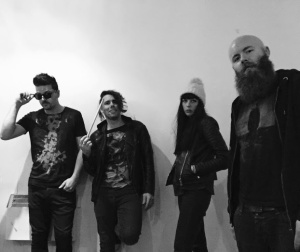 London based Goldbirds will be releasing their debut single ‘Silver & Gold’ on 4th May.

The band are very much fledglings at the moment having only formed this year, but the four piece are about to gain attention with the release of their debut single.

‘Silver & Gold’ starts with an addictive beat before the vocals crash into the track over a catchy guitars and with a chorus that powers through the song. It changes pace to lead into more delicate harmonies, before exploding back into an addictive sound.

The band will be making their debut live performance on Wednesday 6th May at the iconic The Borderline venue in London. Further details about this can be found on their website.