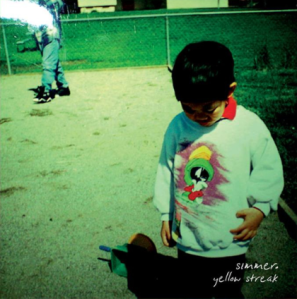 Commenting on the release of the EP and their involvement with Dog Knights Productions, Julius Schiazza from Simmer said, “We’re so pleased to be working with our favourite label in the country on this release. I think we’ve really developed and pushed our sound on the new record with the addition of aspects from the noise and shoegaze genres, I’m hoping we can seriously challenge the conventions for our niche.”

Simmer were recently featured in NME on the release of their track ‘Head Trip’ which is taken from the ‘Yellow Streak’ EP and have just released a previously unheard EP track ‘Douse’.

You can preorder the EP now from Dog Nights Productions as part of a limited edition run of 300 7” vinyl records which come in transparent yellow or green. Each record comes with a digital download code and full colour insert.

Simmer have also announced some live dates in the UK, with more to be announced in the near future.

The band are on Facebook http://www.facebook.com/simmercheshire and Twitter @simmerUK
Their bandcamp page is http://simmeruk.bandcamp.com/
The website for Dog Nights Productions is http://www.dogknightsproductions.com
You can pre-order the EP HERE