Melbourne-raised, LA based “guitar phenom” (Guitar World) Hamish Anderson started playing when he was 12 and after issuing a pair of EPs and a live album, is ready to release his debut full-length, ‘Trouble’ on October 21 via Kobalt/AWAL. END_OF_DOCUMENT_TOKEN_TO_BE_REPLACED

Electric Six are set to return with a new album ‘Fresh Blood For Tired Vampyres’, released on 7th October via Metropolis Records. To coincide with the album announcement, the band will be touring the UK in November in support of their new offering. END_OF_DOCUMENT_TOKEN_TO_BE_REPLACED

South West based 3 piece Grifter have achieved a lot since they formed 10 years ago. Being one of the first bands to be signed to Ripple Music after the label heard only their 2nd EP, their self-titled debut album ‘Grifter’ was released in 2011 to critical acclaim which was picked up by Metal Hammer and Classic Rock who both featured tracks from the band and numerous radio stations around the world played their songs.
END_OF_DOCUMENT_TOKEN_TO_BE_REPLACED 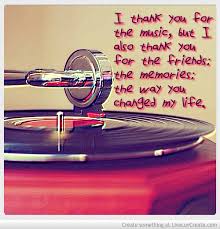 It’s that time of year where the lists of the best of 2014 are appearing on music blogs and websites but having had one of the best years of music, here at Rock And Roll Creations it is impossible to list a top picks for the year. Plus it is not just about a favourite song or album that has made 2014 brilliant, it is about all of those involved in getting music heard.
END_OF_DOCUMENT_TOKEN_TO_BE_REPLACED 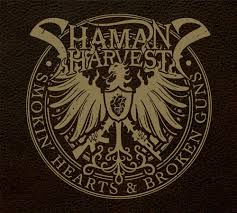 Shaman’s Harvest are one of those bands that you listen to and think when a band sounds this good why are they not so well known as their contemporaries as they should be. Formed in Missouri in 1996 and having now released 5 albums which have spawned singles that were featured on the Billboard Rock Charts, inclusions in film soundtracks and a theme song for WWE, this is a band that has delivered consistently great albums over that time.
END_OF_DOCUMENT_TOKEN_TO_BE_REPLACED