The Answer, Bad Touch, The Picturebooks, Live At Concorde2, Brighton 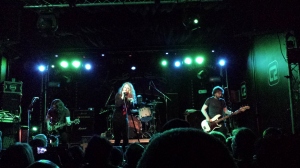 The Answer made their way to the seaside for some Brighton Rock as they continued to ‘Raise A Little Hell’. They may have rocked the boat in Bristol the night before but with a brilliant set from start to finish, at the Concorde2 they were supersonic.
END_OF_DOCUMENT_TOKEN_TO_BE_REPLACED

Norfolk based Bad Touch have announced their new album will be entitled ‘Half Way Home’ and have given a teaser of it by also revealing the album cover. The album is set for release on 7th April, but it will be available to buy as a pre-release at all live shows when the band are supporting The Answer on their Raise A Little Hell UK Tour, which starts in March.
END_OF_DOCUMENT_TOKEN_TO_BE_REPLACED