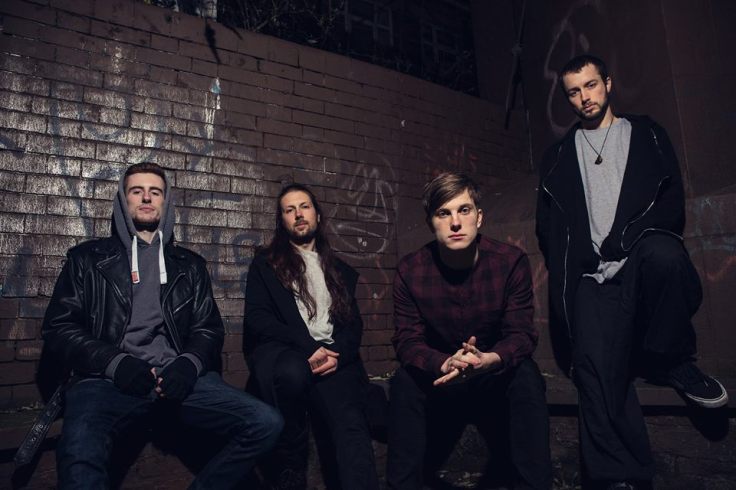 Emerging London-based Alt-rock outfit Fallen To Flux have released their latest single ‘Razor’s Edge’, along with an accompanying music video, taken from their debut album ‘Transitions’.

Many industry tastemakers have already declared ‘Razor’s Edge’ to be one of the key highlights from the album. The track deftly balances a supreme hook with crunching infectious riffery and is accompanied by a breath-taking video, which is destined to hit TV screens this Summer. With further tours and plaudits on the way, the band’s ascension is inevitable.

Formed in 2012, the band have just released their new album ‘Transitions’ and is already racking up widespread praise. Rock Sound Magazine have recently featured the quartet, gushing that the record “boasts a collection of impressively penned songs”, while Powerplay Magazine stated that the album is “a great piece of modern melodic metal”. Furthermore, singles from Transitions have picked up extensive radio play panning from Team Rock Radio and Kerrang! Radio to Amazing Radio, and Sky TV’s Britrox are continually rotating the band’s last single ‘Sane’.

Fallen To Flux have also announced a UK tour for October with Harken. and Mark The Skyline on the following dates:

Tickets are available from: http://fallentoflux.com/shop/ftfoct16