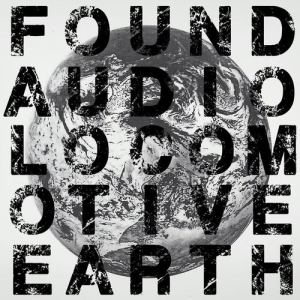 Boston based Found Audio will be releasing their second album ‘Locomotive Earth’ on 16th October.

The band have been working on the album over the last couple of years since the release of their debut album ‘Chalk’ in 2011. The band describe the new album as “masterfully played acoustic and electric guitars, driving drums that range from bluegrass to progressive rock, synths that swirl and distort, pianos that sing, banjo playing alongside musical styles a banjo has never played with before, and vocal harmonies to a hypnotic result”, which succinctly sums up the lush soundscape of the album in their style of folk rock.

Found Audio is lead by guitarist/vocalist John Bragg. The other members are Denny Kennedy on drums (who also recorded and mixed Locomotive Earth), Charlie Ray on keyboards and synthesizer, Brendan O’Brien on banjo, and Linnea Herzog on bass. Everyone lends vocals throughout the album, as well.